This is one actor that makes my sister's heart melt! He is, alongside Johnny Depp, one of my sister's all time favorite actors. 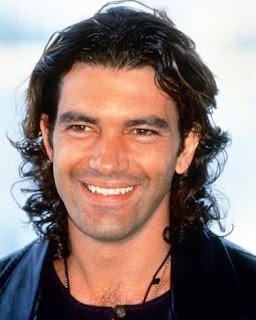 Trivia
-He is the ex-stepfather to Dakota Johnson
-He became a father for the first time at age 36 when wife Melanie Griffith gave birth to Stella del Carmen Banderas Griffith on 9/24/1996
-In Spanish, his surname translates into "flags"
-Is a supporter of the Malaga soccer (futbol) team
-When he tried to make the risky attempt at breaking into Hollywood, he had to learn English phonetically because of Hollywood's hesitation at hiring heavily accented actors and actresses
-Has appeared in five films with Salma Hayek: Desperado, Four Rooms, Spy Kids 3: Game Over, Puss in Boots, Frida

Posted by HippieGirl at 1:55 PM No comments:

Since it's September, time to say Happy Birthday!!! 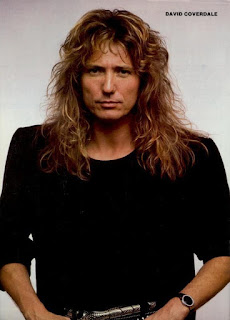 Jeff Foxworthy
-Birth name: Jeffrey Marshall Foxworthy
-DOB: 9/6/1958
-Where: Atlanta, Georgia
-Known for his "Redneck Fashion Tips". Such as: "If your stomach blocks your view of your shoes, cover it up. The only people who should be wearing belly shirts are the people who have no bellies. There's no shame in having a spare tire. Just keep it in the trunk so other people don't have to look at it. And those little baby spare tires are kind of cute. Tractor tires aren't. Especially when they have hair on them."
-He's also known for his "You Might Be a Redneck If..." one-liners. Such as: "You might be a redneck if the UFO Hotline limits you to one call per day. 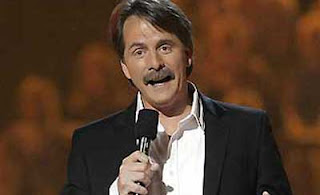 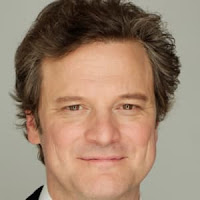 Joe Perry
-Birth name: Anthony Joseph Pereira
-DOB: 9/101950
-Where: Lawrence, Massachusetts
-Is of Portuguese and Italian descent. His father's family emigrated from the Portuguese island of Madeira while his mother's family comes from Naples, Italy 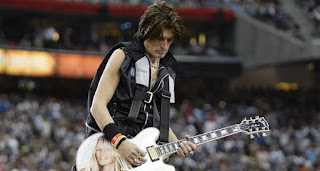 Tom Hardy
-Birth name: Edward Thomas Hardy
-DOB: 9/15/1977
-Where: Hammersmith, London, England
-When he was in his early to mid-twenties, he battled both addiction to alcohol and crack cocaine. He has been sober since 2003 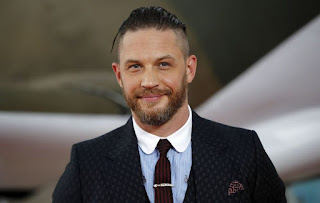 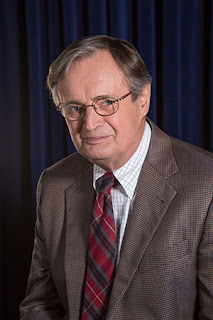 Harriet Walter
-Birth name: Harriet Mary Walter
-DOB: 9/24/1950
-Where: London, England
-In the TV film Frankenstein: Birth of a Monster, she played Mary Wollstonecraft, mother of Mary Shelley, the woman who would go on to write Frankenstein. 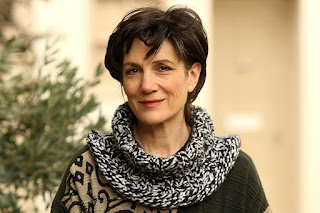 Jeremy Irons
-Birth name: Jeremy John Irons
-DOB: 9/19/1948
-Where: Cowes, Isle of Wight, England
-He had his motorcycle operating license suspended for three months in 1995 for going 97 mph on his BMW motorcycle 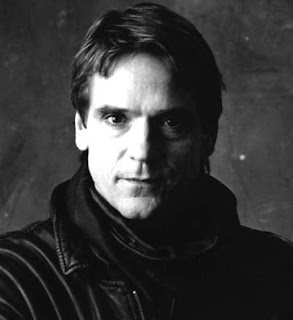 Posted by HippieGirl at 5:31 AM No comments: 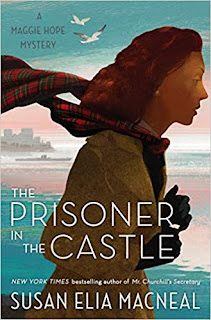 Summary
-World War II is heating up. Maggie Hope is a spy with too much knowledge. She knows too much for the British government to sit by idly. She knows where in France the Nazis are going to invade. Maggie is on a remote Scottish isle called Killoch Castle. Her fellow agents are dropping like flies. One even drops in the middle of his after-dinner drink, making his death just the first of many. Maggie must investigate before she herself becomes the next victim.
Posted by HippieGirl at 6:21 AM No comments:

This is the seventh installment of the Maggie Hope series 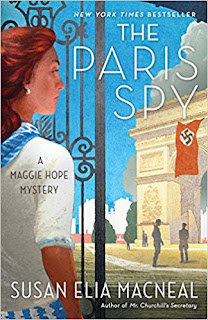 Summary
-Maggie Hope, now working for the Special Operations Executive as a spy, is once again on a new mission. She is travelling to the City of Lights, Paris, France. She has learned that her half-sister, Elise Hess, has been released from the all-female Ravensbruck camp, but has disappeared. In the meantime, she can investigate the disappearance and eventual capture of her fellow SOE agent Erica Calvert. She must keep her wits about her as she infiltrates the highest levels of Nazi security to root out a traitor, find her half-sister and find her fellow agent.
Posted by HippieGirl at 6:18 AM No comments:

This is the sixth installment of the Maggie Hope series 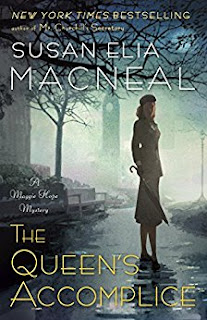 Summary
-The Nazis may have taken a break from the relentless Blitz, but that does not stop London from getting trouble. A serial killer is stalking women who happen to be reporting for duty as Winston Churchill's spies and workers abroad. This killer is mutilating women in crimes mirroring, almost exactly, Jack the Ripper. The BBC news media is dubbing this killer "The Blackout Beast" because of his crimes occurring during the nightly blackouts. In order to catch this reclusive beast, Maggie decides to user herself as bait. With her flaming red hair, she will pose herself as Mary Jane Kelly, the last victim of Jack the Ripper.
Posted by HippieGirl at 6:14 AM No comments:

This is the fifth installment to the Maggie Hope series 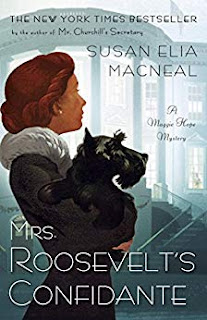 Summary
-December, 1941. Pearl Harbor, the largest Navy base in Hawaii, has been sneak-bombed by the Japanese Imperial Navy. Lives are lost and at risk. Prime Minister Winston Churchill has arrived in the US to negotiate with then President Roosevelt about the US entering the war. Maggie poses as Churchill's typist, which she has great experience with and once again, gets wrapped up in a mystery.

-One of Mrs. Roosevelt's aides disappeared, only to turn up murdered in her apartment, her death made to look like a suicide and a note left behind blaming Mrs. Roosevelt for making inappropriate sexual advances. All of this to try and undermine the President and cost American support in the war.
Posted by HippieGirl at 6:06 AM No comments: